On July 25 we celebrated the official naming of our organization’s international headquarters the Joe K. Blanton Campus, in honor of Blanton and his late wife, Alberta.

The legacy of Mr. Blanton, the one-time president of Publix, is one of abundantly loving others and one that will now live on forever thanks to a remarkable $5 million gift the Blanton family has made to Florida Baptist Children’s Homes to transform the lives of children for generations.

The gift will be placed in the Joe K. Blanton Family Endowment Fund where its income will forever provide vital services to children who are disadvantaged or have been neglected, abandoned or abused. 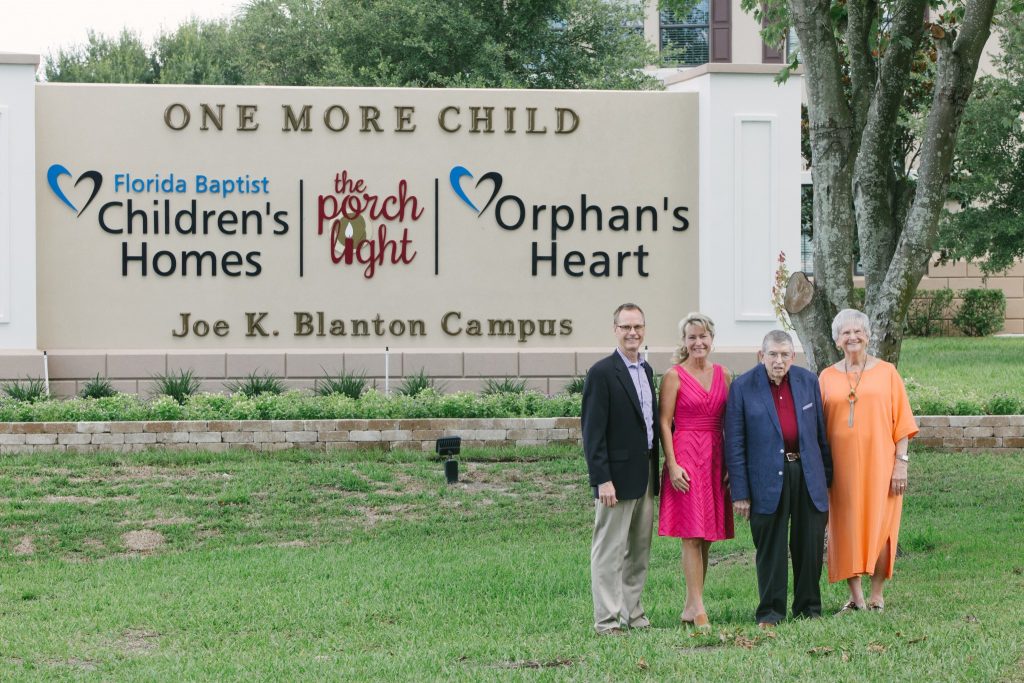 To get a glimpse of who Mr. Blanton was, one can look back to one Christmas season when he offered to provide the main course for a special meal at his church that was highlighting the annual missions offering.

He sauntered into the common area that evening grinning from ear to ear as he carried a whole roasted hog on a platter. The hog was complete with an apple in its mouth.

“He put that down on the table and also with his attention.”

Mr. Blanton was a man who delighted in doing things well, whether it was carving meat behind a deli counter, making memories with his family, serving the Lord or making formative decisions as the president of Publix for more than a decade.

Blanton, who served as the president of Publix from 1974-84, was also a board member for Florida Baptist Children’s Homes from 1971-77. The man who Publix founder George Jenkins called a “genius” and also as a man of great charity who had a deep reverence for children.

“He was very generous, probably the most generous person I know,” said Kim Wilbanks, Blanton’s grand he loved Publix.”

Kim’s mother, Ann Edwards, also has fond memories of her family’s involvement with FBCH, including her personal involvement serving as a nurse with the health department.

“In the late 50s or early 60s, there were a lot of people getting re-vaccinated at the time because of polio and helped people get the shots they needed,” she said.

In making the gift in memory of her father and The Porch Light. 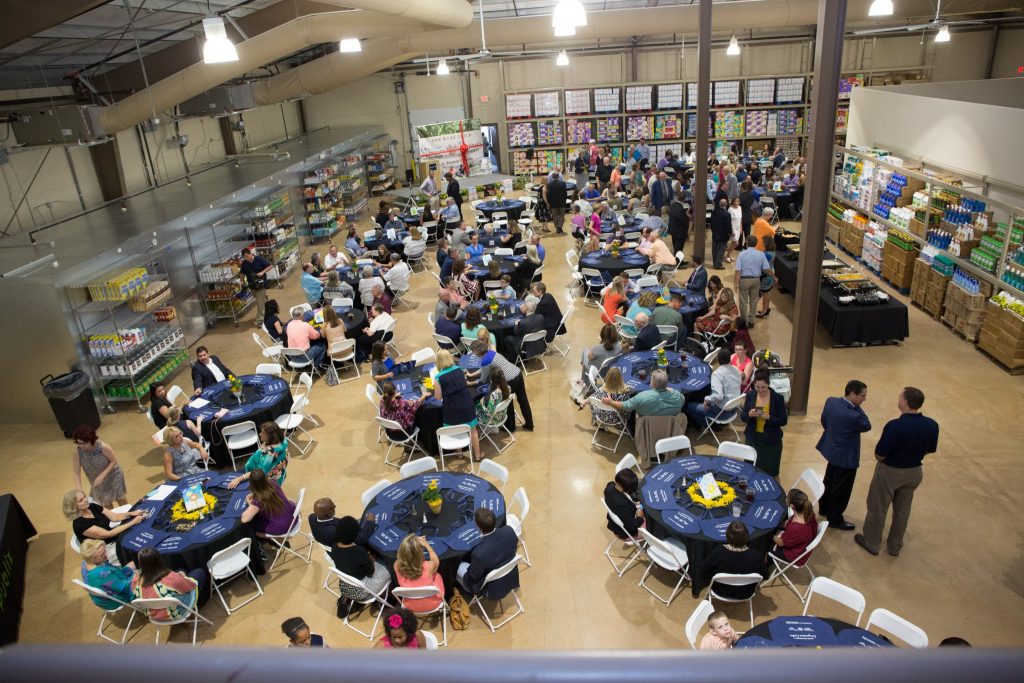 “We are so grateful to the family for this amazing gift that will literally provide life-changing services for children today and his church were at the top of his priorities.”

Blanton’s fondness for youth was evident by how he provided a brand by churning out fresh batches of homemade ice cream on hot summer days.

It is no surprise then that Blanton is credited with leading Publix’s expansion into the dairy manufacturing business in 1980 and.

“Every July at the Blanton Family Reunion, he had a 5-gallon churn he made fresh ice cream with, usually made with fresh peaches, and finally one day he gave it to his church because he said that he couldn’t make it better than the Publix ice cream,” Ann Edwards said.

The gift from the family serves as a foundational contribution to Florida Baptist Children’s Homes, which is dedicated to meeting the growing needs of children throughout Florida andoned, neglected or abused.

Blanton’s success was made possible partly because he emulated many of the characteristics Florida Baptist Children’s Homes holds in high regard when considering the value of every child. Blanton was only formally educated through ninth grade, but his hard work ethic and gregarious personality carried him to great success.

In the book 50 Years of Pleasure, George Jenkins said the first time he saw Blanton in a grocery store, he was cutting meat, walking on crutches and pivoting around the meat block – an insightful glimpse to the lengths he would go to serve people.

Blanton was a meat cutter for All American grocery stores early in his career, and vice president of real estate before stepping into the role of president in 1973.

Blanton was not above any task, even in his role as president, and knees at a store cleaning up a spill or picking up a broken bottle.

That same devotion spilled over into his role of grandchildren came along.

Mr. Blanton’s approach to serving FBCH was much the same, according to fellow former board member Doug Mason.

“Joe, he would do everybody right. Joe was a super guy,” Mason said.

“The generosity of Joe Blanton and Ward continue that legacy of generosity for an organization that changes the lives of so many children.”

Crenshaw served in 2014 as the chair for the Florida Baptist Children’s Homes’ CEO Children’s Council.

Florida Baptist Children’s Homes has been providing hope and supported by a family with such a deep, rich heritage.

“It has been such a heartwarming experience for my wife, Christi, and we are thrilled that their name is now going to be forever associated with transforming the lives of children through Florida Baptist Children’s Homes,” Dr. Haag said.

The needs of children, and feet of Jesus!

MORE WAYS TO GIVE: