Retiring For the Kids

Home » Blog » Retiring For the Kids

Mike Stubbs and Edith Webb could have reveled in the spotlight for a moment at the close of successful careers. Instead they decided to deflect the attention to children in need.

When a friend at the church they attend, San Antonio Community Church, offered to throw a retirement party to celebrate both of them completing 40+ years as public servants, Mike and Edith agreed the party itself was an incredibly generous gift.

“I didn’t want people to bring stuff, I felt like I had enough,” Mike said. 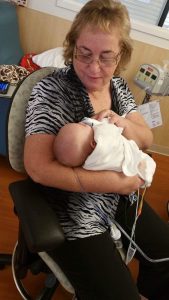 Mike and Edith are both dedicated children’s ministry volunteers at their home church, so Mike suggested they use the celebration as a way to do something to impact children.

Edith gladly agreed and recalled how her mother had a passion to serve children through Florida Baptist Children’s Homes.

Mike and FBCH was one of the benefactors.

At the party there were displays celebrating Mike’s work with Pasco County Clerk of Court and donations to charities.

At the end of the party, Mike and experienced the joy of seeing how all the gifts were made in honor of them to make a difference for children.

“It feels like you’re doing something that will really matter,” Edith said. “The reward from knowing you helped the children is better than the money you would receive. It warmed my heart!”

Mike added that they have both been so blessed and it was a great way to bless others.

If you have a special occasion coming up, would you consider following Mike and One More Child? Your party can be an opportunity to plant seeds of hope in young lives!

MORE WAYS TO GIVE: